… and Germans are the only one who heard the message.

A semi-serious, hyperbolic attempt to explain this phenomenon: 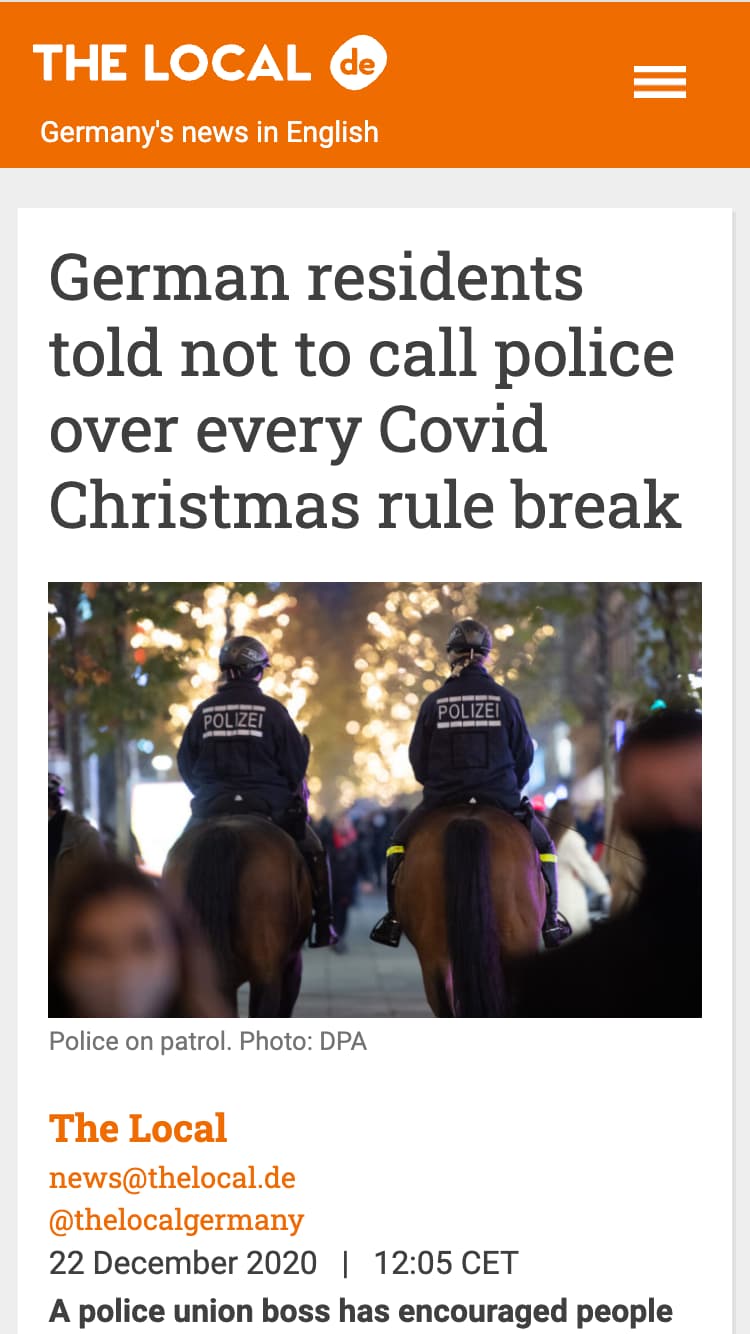 Without rules, there’s no civilization

That’s why God gave us the Ten Commandments.

Rules can create a level playing field in societies. Contrary, when rules don’t apply to everyone, there’s no justice.

One person breaking the rules can trigger a flood of imitators. That’s why no single person is allowed to break any rule - ever - at least not without repercussions.

The alternative is that our civilization, barely held together by rules, will fall apart into pure chaos.

Rules don’t strangle liberty, they enhance it. There’s too much choice in our lives everywhere. That’s why going to a restaurant with just five choices feels liberating. An abundant set of rules allows us to partake in commodity aspects of life in auto-mode (once you know them). Rules take unnecessary choice away to allow us to focus on the important things.

Ignoring rules is to put yourself above everyone else

People who ignore rules kick the ideals of justice and social equality with their feet. Those people incite chaos in our orderly world and lives. They push the carefully balanced level of good boredom out of whack. With their rule breaking they show us that they think they are above it all, or that they know better what our norms should be.

If I can follow the rules, you can too, motherfucker!

What, you claim you didn’t know the rule? Either you’re a liar, or ignorant! Since rule teaching is big in upbringing, the former is more likely.

You thought you don’t need to follow the rule because it’s nonsensical? So you’re one of those smartasses! But you’re not as smart as you think. Because outrage about a broken nonsensical rule is absolutely not about the specific rule you broke, but about the fact that you disregarded all the truths and principles laid out above.

How to deal with rule breakers

People who ignore rules clearly need to be taught a lesson. Since they excempted themselves from the societal construct of rules, they turned themselves into outcasts. Any decent member of society is obliged to punish them accordingly, which means: As hard as possible!